Diabetic eye disease is a group of eye conditions that can affect people with diabetes. Diabetic retinopathy affects blood vessels in the light-sensitive tissue called the retina that lines the back of the eye. It is the most common cause of vision loss among people with diabetes and the leading cause of vision impairment and blindness among working-age adults. Diabetic macular oedema (DME) is swelling in an area of the retina called the macula.

Diabetic eye disease also includes cataract and glaucoma
Cataract is a clouding of the eye’s lens. Adults with diabetes are 2-5 times more likely than those without diabetes to develop the cataract. Cataract also tends to develop at an earlier age in people with diabetes. Glaucoma is a group of diseases that damage the eye’s optic nerve; the bundle of nerve fibres that connects the eye to the brain. Some types of glaucoma are associated with elevated pressure inside the eye. In adults, diabetes nearly doubles the risk of glaucoma. All forms of diabetic eye disease have the potential to cause severe vision loss and blindness.

Mild nonproliferative retinopathy.
Small areas of balloon-like swelling in the retina’s tiny blood vessels, called microaneurysms, occur at this earliest stage of the disease. These microaneurysms may leak fluid into the retina.

Moderate nonproliferative retinopathy.
As the disease progresses, blood vessels that nourish the retina may swell and distort. They may also lose their ability to transport blood. Both conditions cause characteristic changes to the appearance of the retina and may contribute to DME.

Proliferative diabetic retinopathy (PDR).
At this advanced stage, growth factors secreted by the retina trigger the proliferation of new blood vessels, which grow along the inside surface of the retina and into the vitreous gel, the fluid that fills the eye. The new blood vessels are fragile, which makes them more likely to leak and bleed. Accompanying scar tissue can contract and cause retinal detachment; the pulling away of the retina from the underlying tissue, like wallpaper peeling away from a wall. Retinal detachment can lead to permanent vision loss.

Who are at risk for diabetic eye disease?

What are the symptoms of diabetes?

The early stages of diabetic retinopathy usually have no symptoms. The disease often progresses unnoticed until it affects vision. Bleeding from abnormal retinal blood vessels can cause the appearance of “floating” spots. These spots sometimes clear on their own. But without prompt treatment, bleeding often recurs, increasing the risk of permanent vision loss. If DME occurs, it can cause blurred vision.

How are diabetic retinopathy and DME detected?

Diabetic retinopathy and DME are detected during a comprehensive dilated eye exam that includes:

A comprehensive dilated eye exam allows the doctor to check the retina for:

If DME or severe diabetic retinopathy is suspected, a fluorescein angiogram may be used to look for damaged or leaky blood vessels. In this test, a fluorescent dye is injected into the bloodstream, often into an arm vein. Pictures of the retinal blood vessels are taken as the dye reaches the eye.

How can people with diabetes protect their vision?

Studies such as the Diabetes Control and Complications Trial (DCCT) have shown that controlling diabetes slows the onset and worsening of diabetic retinopathy. DCCT study participants who kept their blood glucose level as close to normal as possible were significantly less likely than those without optimal glucose control to develop diabetic retinopathy, as well as kidney and nerve diseases. Other trials have shown that controlling elevated blood pressure and cholesterol can reduce the risk of vision loss among people with diabetes.

What is diabetic macular oedema (DME)?

DME can present with: 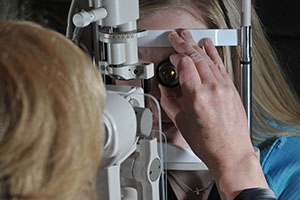 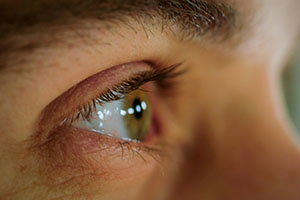 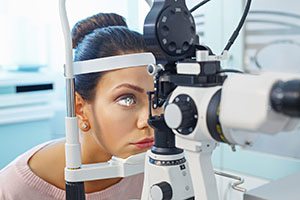 How is DME treated?

DME can be treated with several therapies that may be used alone or in combination. Primary management requires good control of diabetes itself.

Anti-VEGF injections include inhibitors such as anti-angiogenics and monoclonal antibodies.

Laser therapy
Involves a few to hundreds of small laser burns are made to leaking blood vessels in areas of oedema near the centre of the macula. Laser burns for DME slow the leakage of fluid, reducing swelling in the retina. The procedure is usually completed in one session, but some people may need more than one treatment. Focal/grid laser is sometimes applied before anti-VEGF injections, sometimes on the same day or a few days after an anti-VEGF injection, and sometimes only when DME fails to improve adequately after six months of anti-VEGF therapy.

Vitrectomy surgery
Involves removing the inflammatory factors and membranes with the vitreous gel from the back of the eye to resolve the swelling in the macula.

For decades, PDR has been treated with scatter laser surgery, sometimes called panretinal laser surgery or panretinal photocoagulation. Treatment involves making 1,000 to 2,000 tiny laser burns in areas of the retina away from the macula. These laser burns are intended to cause abnormal blood vessels to shrink. Although treatment can be completed in one session, two or more sessions are sometimes required.

While it can preserve central vision, scatter laser surgery may cause some loss of side (peripheral), colour, and night vision. Scatter laser surgery works best before new, fragile blood vessels have started to bleed. Recent studies have shown that anti-VEGF treatment not only is effective for treating DME but is also effective for slowing progression of diabetic retinopathy, including PDR, so anti-VEGF is increasingly used as a first-line treatment for PDR.

What is a vitrectomy?

A vitrectomy is the surgical removal of the vitreous gel in the centre of the eye. The procedure is used to treat severe bleeding into the vitreous and is performed under local or general anaesthesia. Ports (temporary watertight openings) are placed in the eye to allow the surgeon to insert and remove instruments, such as a tiny light or a small vacuum called a vitrector. A clear salt solution is gently pumped into the eye through one of the ports to maintain eye pressure during surgery and to replace the removed vitreous.

The same instruments used during vitrectomy also may be used to remove scar tissue or to repair a detached retina. Vitrectomy may be performed as an outpatient procedure or as an inpatient procedure, usually requiring a single overnight stay in the hospital. After treatment, the eye may be covered with a patch for days to weeks and may be red and sore. Drops may be applied to the eye to reduce inflammation and the risk of infection. If both eyes require a vitrectomy, the second eye usually will be treated after the first eye has recovered.

What Is a Retinal Vein Occlusion?

A retinal vein occlusion is a blockage of any of the major veins in the eye is referred to as a Retinal Vein Occlusion (RVO). The blockage results in bleeding and leaking of vessel fluids into the eye causing blurred vision, floaters, pain and tension in the eye.

The two types of RVOs are:

Who is at risk of getting a Retinal Vein Occlusion? 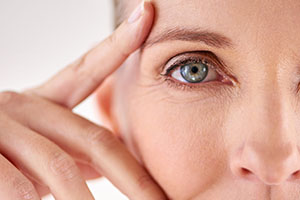 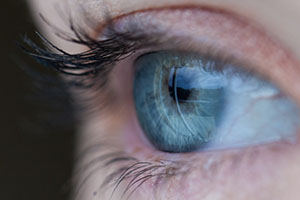 How is a Retinal Vein Occlusion treated?

The ophthalmologist performs a thorough examination of your eye to determine the extent and severity of the vein occlusion and discuss the treatment option with you. The investigations include a dilated pupil examination, Optical eye scanning (OCT test), a Fluorescein angiography and blood tests (sugar, cholesterol, clotting disorders).

The treatment options are similar to those used for diabetic macular oedema: